The buying of the Congress »

The buying of the Congress: how special interests have stolen your right to life, liberty, and the pursuit of happiness

Description
: A startling and groundbreaking expose, THE BUYING OF THE CONGRESS details the ways in which special interests worm themselves into the lives of Capitol Hill lawmakers--who in turn protect polluters, cigarette manufacturers, food producers, the airline industry, the insurance industry, corporate tax cheats, and other big-money interests. WHAT DOES ALL THIS HAVE TO DO WITH YOU?You cannot shop at the local supermarket or drugstore, visit a hospital emergency room, watch television, pay your taxes, or even breathe the air outside your home without being directly affected by the decisions that Congress makes--decisions that, increasingly, favor special interests at your expense.Now, Charles Lewis and the Center for Public Integrity--the watchdog organization that brought us the explosive The Buying of the President and broke the story of how the Clinton Administration "rented out" the Lincoln Bedroom--reveal just how and why Congress has been so unresponsive to the basic concerns of ordinary citizens. Based on the work of an investigative team of more than three dozen people, the conclusions they reach are simple--and simply frightening.Deftly exposing the Byzantine channels through which unprecedented sums of money flow into Washington, THE BUYING OF CONGRESS reveals facts like these:+Although thousands of Americans dies each year from poisoned foods and millions more become ill, Congress has consistently protected the food industry from tougher safety standards. In the past decade, the food industry has fed Members of Congress more that $40 million in campaign contributions.+Fortune 500 firms gave more than $180 million to Capitol Hill lawmakers from 1987 to 1996. In return, Congress has cut their taxes dramatically. Today, corporate income taxes account for just 10 percent of all federal revenue--down from 28 percent in 1956.

+Every year, hundreds of teenagers are killed on the job and tens of thousands more are injured. Yet Congress has toed the li

Also in This Series 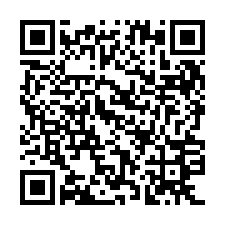