American dreamers: the Wallaces and Reader's digest : an insider's story

Description
The fascinating, behind-the-scenes story of Reader's Digest and its founders, and how this beloved American institution lost its innocence when corporate lawyers and Wall Street wrested control from the men the founders chose to preserve their business "in the Wallace mode."
Today a multibillion-dollar publishing colossus, Reader's Digest began life in 1922 in a tiny basement storeroom in New York's Greenwich Village. The magazine's founders, DeWitt and Lila Wallace, believed deeply in the American dream and saw their magazine as a way of spreading this belief to millions of their fellow citizens.
But this is not a happily-ever-after fairy tale. In the early eighties, when the seemingly immortal Wallaces suddenly faltered, a shadow fell over Pleasantville as ambitious men began to scheme and maneuver for power. Much has been reported about what happened next, but always from the outside, through a veil of rumor and obfuscation. Now, in American Dreamers, Digest insider and longtime managing editor Peter Canning reveals for the first time the appalling dimensions of the struggle that consumed Camelot.
Also in This Series 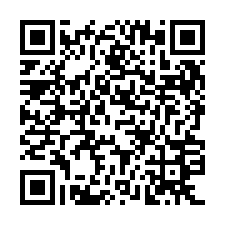