Description
In this startlingly intimate book of reportage, Richard Adams Carey takes us to the furthest frontier of American society.
Kongiganak, Alaska, cannot be reached by road. In its school, children say the pledge of allegiance in Yupik, their Eskimo language. By any measure, Kongiganak is one of the most remote places in the United States. Yet it finds itself in the midst of radical change.
Just two generations ago, Kongiganak knew no cash economy. Its men went to sea in sealskin kayaks and fed their families with what they caught. Today they still go to sea, but in manufactured boats, and they depend on selling their catch to the Japanese processing ships that hover offshore. The modern world has insinuated itself in other, more pernicious ways--not the least of them whiskey and the VCR.
Oscar and Margaret Active are one Yupik couple struggling bravely against the force of these incongruities. Margaret works in the village school, and to her husband's distress, her salary is essential to the family's well-being. Oscar is a hunter and fisherman, and his pride--his very identity--depends on being able to survive on the terms established by his ancestors. But these terms arc being changed by forces beyond his control: by the intrusion of a world economic system; by motors and snow machines, which he can't resist, even though they plunge him into debt; and by the culture of alcohol. This book is in large part Oscar's story, as he tries to find a way to stay alive and remain Yupik.
Richard Adams Carey first went to Kongiganak more than a decade ago, as a teacher. He learned the language and fished and hunted with the townspeople. In Raven's Children, he skillfully interweaves the story of Oscar Active and his family with the rich store of Yupik legend, lore, and folkways that he has collected over the years. The reader feels a mounting sense of loss over the transformation of this society, which long ago achieved a nearly perfect balance with its environment. Raven's Children is a moving account of a people who are, in the author's words, caught "in the twilight between their insular past and the full brunt of Western consumer culture."
Also in This Series 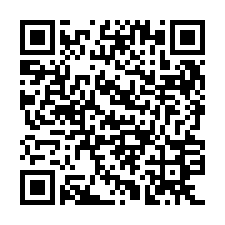