Description
From a grueling 37-hour fight with a Pacific salmon to the maimed fisherman whose severed thumb turned up in the belly of a Mackinaw trout. From extraordinary marlin quests to hair-raising tales of "fish catches man," here are fishing's 80 most unpredictable and spectacular tales. To get them, Shaun Morey-a fanatical fisherman and inveterate story collector-traveled from Alaska to Australia, Mexico, and the Caribbean to interview anglers, boat captains, guides and witnesses; to dig up photographs, and to confirm each tale. You'll read about Captain Jimmy Lewis who, in a moment of sheer bravado (or insanity), speared by hand-and landed-a 1,600-pound hammerhead shark. Or Bob Smith, fulfilling his twenty-year quest to catch all forty species of North America's wild trout on the bitter cold morning after his eighty-first birthday. Or the 800-pound blue marlin that made a final lunge-ripping up the deck and dragging a chair, with Paul Clause strapped in it, to the bottom of the ocean. (Paul survived; so did the marlin.) Truth is stranger than fiction.
Also in This Series 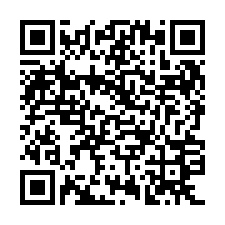