The meaning of the glorious... »

The meaning of the glorious Koran: an explanatory translation

In 1930, Mohammed Marmaduke Pickthall, a Western Islamic scholar and convert to Islam, published this English translation of the Koran, the central religious text of Islam, which the Times Literary Supplement lauded as “a great literary achievement.”

The aim of this work is to present to American readers what Muslims the world over hold to be the meaning of the words of the Koran, and the nature of that Book, accurately and concisely, with a view to the requirements of English-speaking Muslims. The first English translation of the Koran by an Englishman who is a Muslim, the Book is here rendered almost literally, and every effort has been made to choose befitting language.

Regarded by Muslims as God’s actual words revealed to the prophet Mohammed, the Koran remains the supreme authority of the Islamic tradition. Comprising laws, moral precepts, and narratives, its timeless texts are the inspiration and guide of millions of Muslims. With this remarkably readable and scholarly translation, Pickthall introduces the sacred scriptures of the Koran to Western readers—and provides invaluable and fascinating insight into one of the world’s great religions.
Also in This Series 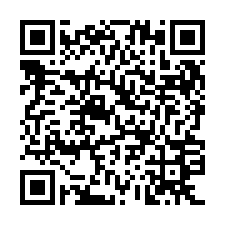