The mystery and meaning of... »

The mystery and meaning of the Dead Sea scrolls

Description
Fifty years have passed since the world-shaking discovery of the first Dead Sea Scrolls in a desert cave by bedouin shepherds. Now, after decades of controversy surrounding their dissemination and interpretation, here is the fullest possible account of what they reveal--how they challenge our understanding of the origins of Christianity, shake the authority of the Hebrew Bible, and provide a new perspective on Judaism at the time of Jesus.

Although almost everyone has heard of the Dead Sea Scrolls, few people can explain what they say or why they are significant. In The Mystery and Meaning of the Dead Sea Scrolls, Hershel Shanks, the distinguished editor of Biblical Archaeology Review, gives a vivid account of their religious and historical context and their dissemination, meaning, and implications.

Of the eight hundred manuscripts that were eventually found, fewer than a dozen were more or less intact. The rest were mere fragments, many no bigger than a fingernail. The scrolls contain a vast array of bewildering new material: unknown psalms, biblical commentaries, calendrical texts, and apocalyptic manuscripts, many of which seem to foreshadow Christian doctrine. Over two hundred biblical manuscripts were hidden in the Qumran caves, some dramatically different from accounts in the Bible.

The Dead Sea Scrolls provide unique insight into the turbulent religious world at the time of Jesus, when Jewish society was richly varied and hotly contentious--so much so that some scholars now refer to Judaisms, rather than to a single Judaism.

This is a clear, definitive account, from beginning to end, for the layperson as well as the scholar, of the mystery and meaning of the scrolls--a model of insight and understanding.
Also in This Series 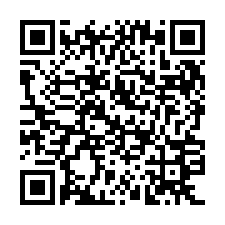