Inside the CIA: revealing the secrets of the world's most powerful spy agency

Description
In this fascinating and sometimes shocking account, Ronald Kessler, America's premier writer of espionage nonfiction, penetrates the complex world of the modern Central Intelligence Agency. The bestselling author of Spy vs. Spy and Moscow Station exposes the secrets of the Agency and explains how the CIA - an intricate network of twenty-two thousand people around the world - coordinates espionage at the highest levels. With unprecedented access to all aspects of the Agency's often controversial operations, Kessler uncovers, as never before, the explosive stories of America's spymasters and their missions.
Based on years of extensive research and interviews with key official and unofficial sources, Inside the CIA is the most probing and dramatic investigation of today's CIA. Ronald Kessler examines the Agency from the perspective of its prominent directors and veteran officers and through the eyes of its significant critics. The result is the first in-depth, unbiased account of the CIA - its core operations, its abject failures and resounding successes. Kessler reveals how CIA analysts botched the job of foreseeing the collapse of the Soviet economy; how the Agency spies on every country in the world except Great Britain, Australia and Canada; how the CIA waged a clandestine war against terrorism, and how it lured a Lebanese hijacker into international waters so that the FBI could capture him and bring him to trial; how a joint CIA-FBI squad recruited a KGB officer in the former Soviet embassy and obtained a master plan of the KGB's activities in Washington, D.C.; how the CIA undertakes covert action to influence or overthrow foreign governments or political parties; how the Agency trains its officers to break the laws of other countries; why the CIA and the State Department held opposing views of Saddam Hussein's intentions in the Persian Gulf - and how the Agency predicted the Iraqi invasion of Kuwait to the day.
In this unparalleled work of investigative journalism, Ronald Kessler traces the CIA's evolution over the last fifteen years, during peace and war. Based on interviews with two active Directors of Central Intelligence, William H. Webster and Robert M. Gates, and three former DCIs (all of whom spoke on the record), Inside the CIA shows how they worked with - and against - the Agency's staff to shape American foreign policy. Kessler clearly describes the CIA's most secret departments and tracks the rapid flow of intelligence from undercover spies in the field and stations around the world to Agency headquarters in Langley, Virginia - and directly to the President.
Never before has the CIA been described with such flair and with so keen an eye for vivid detail. Sensational but entirely reliable, filled with astounding revelations, Inside the CIA is an extraordinary guide to the world's most successful house of spies.
Also in This Series 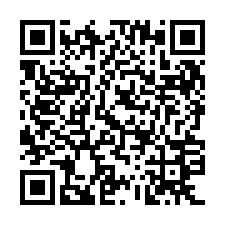