Description
The complete text of Robert Louis Stevenson's classic tale of duality, fully annotated with thousands of fascinating facts and legends... everything you ever wanted to know about literature's most famous split personality.
The Essential Dr. Jekyll & Mr. Hyde also includes a major new introductory essay by Leonard Wolf that provides background on the many social, cultural, and literary forces that shaped Stevenson's life and work and the classic themes that shaped the story of Dr. Jekyll and his vicious alter ego; a selection of Stevenson's short fiction, including "Thrawn Janet," "Body Snatchers," "Merry Men," and "Markheim"; a translation of "Le Chevalier Double," Theophile Gautier's 1840 short story that also explored the dark side of duality, and which was a profound influence on Stevenson; a selected filmography of the various film versions of The Strange Case of Dr. Jekyll & Mr. Hyde, dating all the way back to the 1920 version starring John Barrymore; commentary by leading contemporary horror writers, including Brian Aldiss, Karl Edward Wagner, Joyce Carol Oates, and many more; and dozens of illustrations, including a three-dimensional representation of the Jekyll house and stunning new Jekyll & Hyde artwork by Michael Lark.
Also in This Series 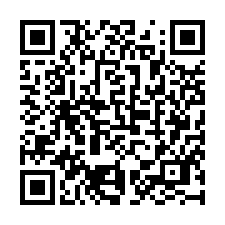